Facebook’s F8 Conference – All you need to know 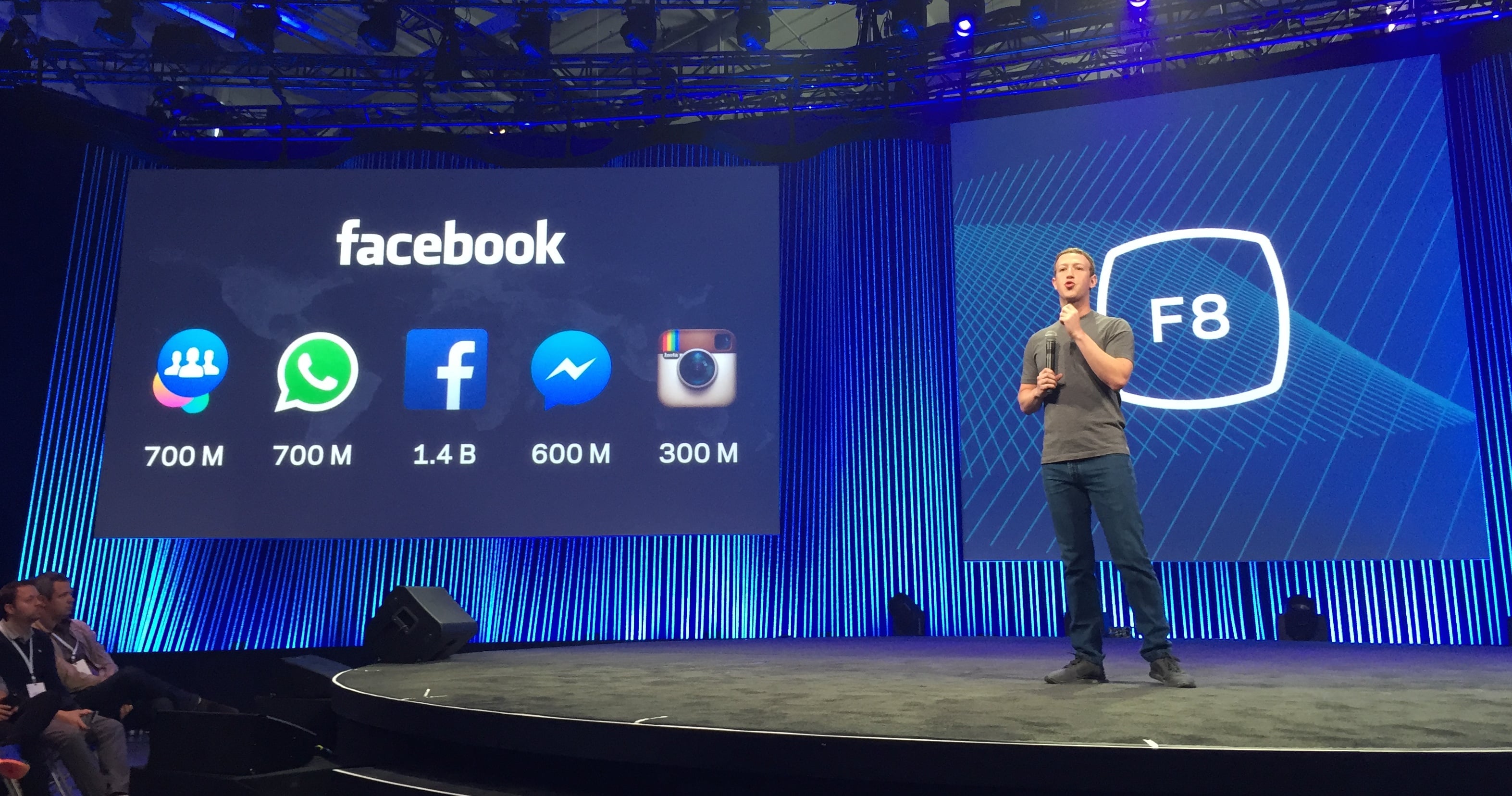 Facebook used the 2016 F8 Conference as a platform to prove that they are building to be more than just a social network. Mark Zuckerberg discussed his desire to bring people together one by one with the announcement of many new features. We think that these will change the way not only that people interact, but open up new avenues for how companies and people interact.

So, what does this mean for you and your business? A hell of a lot – so pay attention! You have been given the opportunity to interact with consumers on a whole new level. This list summarises the key features that will be rolled out – get ready as many are game changers!

Chat bots are about to revolutionise the way consumers interact with businesses. Chat bots are a key example of the concept of public social media turning into private social media. Interaction with companies will no longer occur for the masses to see, instead questions, communications, and even purchases will occur in the privacy of a Facebook Messenger chat – and even better one that is automated.

Interaction will occur within two main categories, subscription automations and customized communications. Subscription automations will include automated messages sent out, such as the weather forecast, or any type of content people have signed up to receive daily. Customized communications are much more complex, and essentially allow people to have conversations with the brand – even when your team has logged off.

For small business there is great concern around accessibility and worry that developing a bot will be cost prohibitive. To combat this Facebook are releasing bot-partners, along with their sophisticated bot engine, so that everyone can have access to at least the very basics of chat bots.

Facebook has been pushing the importance of video on social media for some time, with YouTube seen as a key social channel they want to compete with. The stats show that people are watching more and more native video content, and are much less likely to click to an external video link. In January, Zuckerberg stated “people are watching more than 100 million hours of video a day on Facebook and that number is rising by the day!”*

So it’s no surprise that Video is getting an upgrade. Two new features were announced at F8 -a Live Streaming feature and a Video Search feature called Video Discovery (think YouTube for Facebook).

Live Video is something that you can jump on board right now! This feature allows you to connect with your followers in an effective, yet genuine way. This article from Facebook outlines some great strategies to implement as you get started with Live Video.

Business pages will finally be able to upload videos in place of their display picture like was recently rolled out on personal profiles, and for businesses it is a great opportunity to bring their brand personality to life. The Profile Expression Kit will allow users to upload video from apps such as Boomerang with a few swift clicks.

So start thinking about what kind of video you could use on your profile. Are you the face of your business? Then think about how you can portray yourself to your consumer in an engaging way. Do you have a brand identity? Think about if there is a way you can create a graphic video of your logo, or some other important iconography, to distinguish your business and brand.

Facebook’s new save button is a game changer. For some time now users have been able to save articles or links to a single location within the Facebook app, replacing apps such as pocket. Now Facebook is taking this a step further. They have created an API to allow websites to embed a ‘Save to Facebook’ button on their webpages. If you have an e-commerce site, or even a blogging site, then this feature is for you!

The button is currently being tested on a number of sites and will hopefully be released soon. Not only will this feature mean an easier way for consumers to come back to your site, but also it will open up a wealth of data, with insights into the demographic makeup of who is saving your site. This type of information will be invaluable, and allow you to pinpoint what is and isn’t working.

Instant Articles were finally opened up to everyone last week. Viewing articles through external links on Facebook can take as long as 8 seconds to load on most mobile devices. Such long load times are discouraging to many users, meaning whilst your content might be receiving clicks, it doesn’t always translate into views. Instant Articles solves this problem. Users can read articles natively in the Facebook app meaning load times are significantly reduced, plus a host of interactive features can be inserted into your posts, including auto-play video and tap and zoom galleries.

The stats in the image below demonstrate why you need to start getting your content on Facebook’s instant articles now! Just don’t forget to include links in your article, at the very least at the end of your article, back to your website to try and generate some additional traffic. 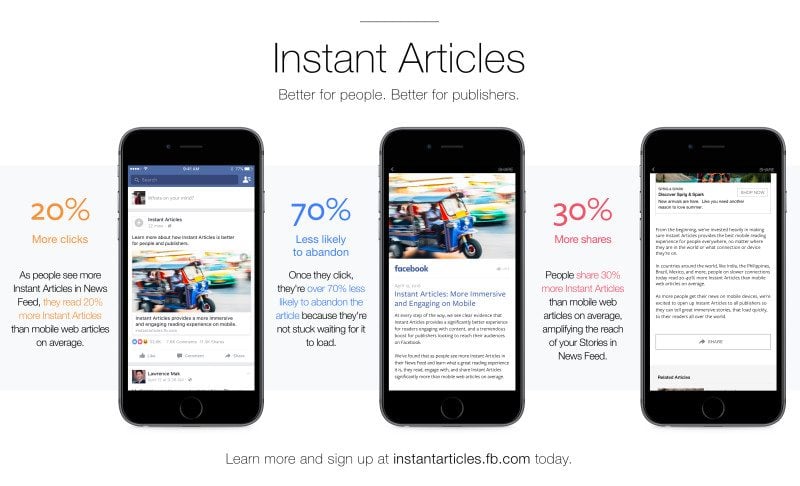 So there you have it, our run down on the new Facebook features you need to know about! If you have any questions or would like us to help you develop a strategy for Facebook going forward contact us. 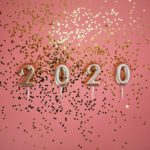 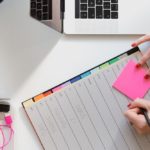 Audit Your Digital Strategy: 3 checks before 2020